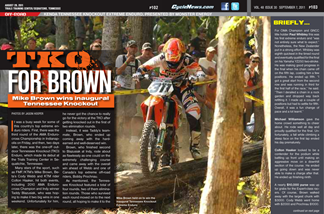 Brown led every lap of the final. He blasted to the front right off the start and opened up a small lead. Knowing any small mistake could mean disaster Brown rode conservatively and chose his lines carefully every lap.

Webb, however, had nothing to lose and went after Brown. The Beta rider had fallen in the first turn and was hammering it around the course. His aggressive riding style carried him right up to Brown late in the race. But when he was within striking distance on the last lap, Webb tipped over, which was just enough to give Brown some breathing room and eventual win.

After nearly 40 minutes of racing, Brown was happy to see the checkered flag. “Was tougher than anything I have ever done,” Brown said. “At the halfway mark, I thought I would not be able to finish, but I was leading so I kept pushing.” 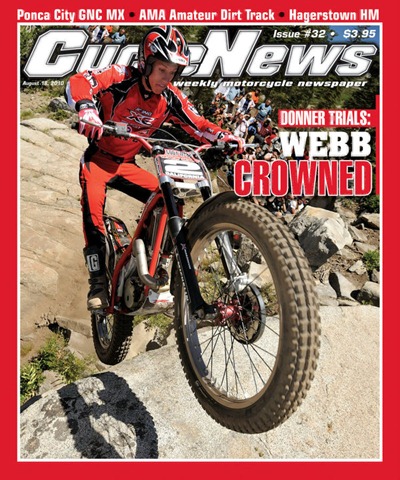