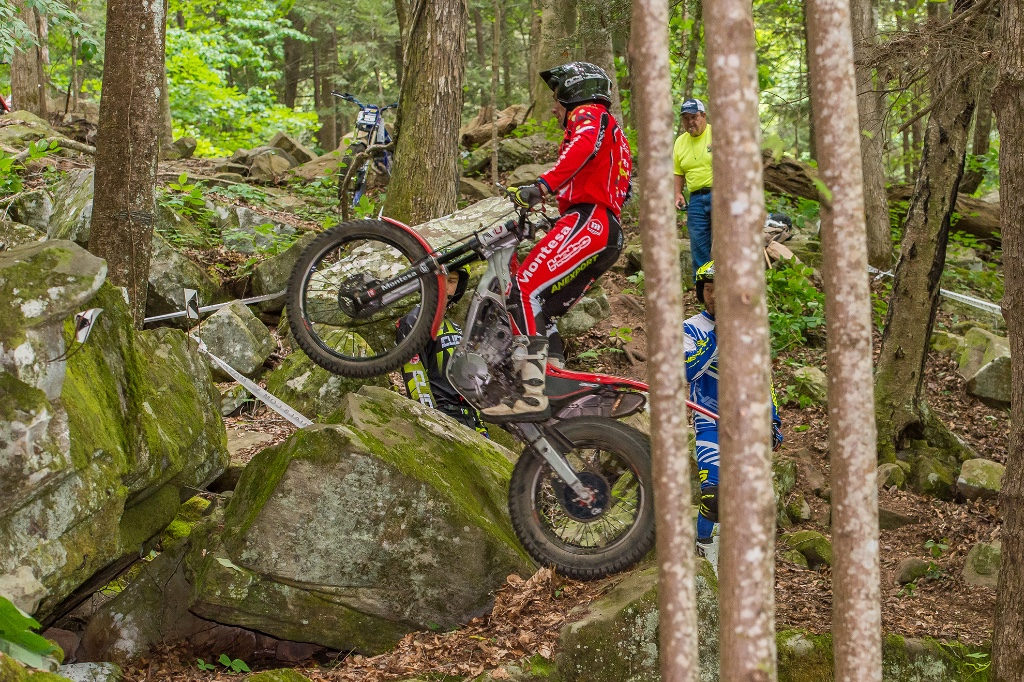 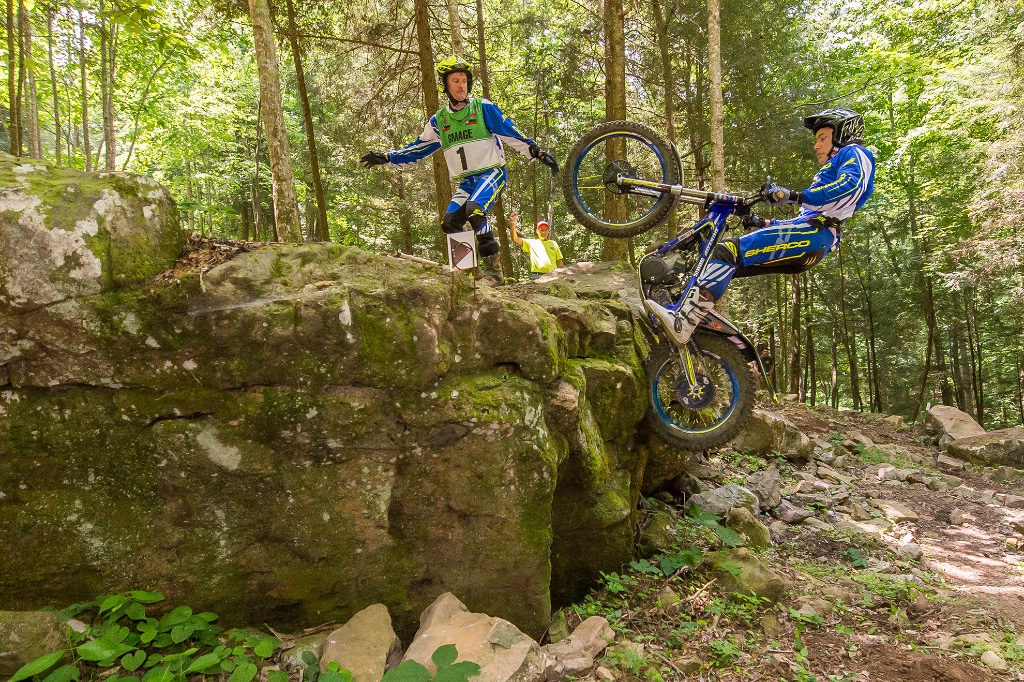 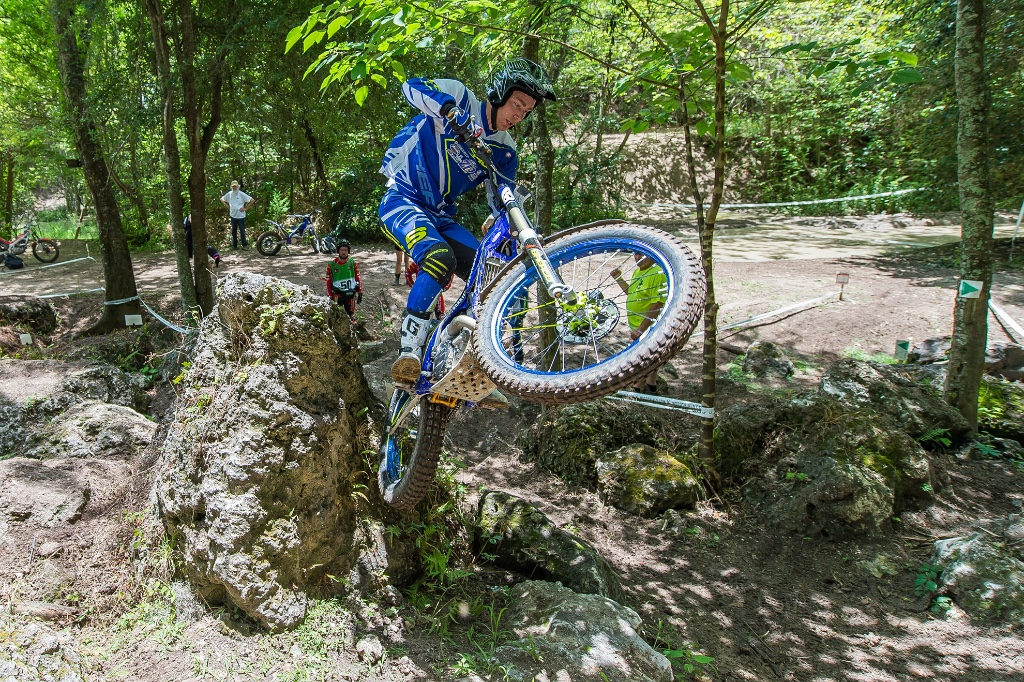 Our friend Shan Moore has the story of this past weekend’s Rounds 1 & 2 of the AMA/NATC USA National Championship MotoTrials Series in Florida in his Trials & Enduro News email newsletter:

The 2016 SWM US National Championship MotoTrials Series kicked off in Ocala, Florida this weekend where eight-time and defending US Champ Pat Smage (Team RYP/Zip Express/Dunlop/Maxima/Sherco) and former number three in the world, Spaniard Marc Freixa (US Montesa), split wins over the course of the two-day event.

Freixa is a welcomed addition to the American series, and in addition to competing in the championship he is also here to help develop American talent for Honda/Montesa. The 37-year-old retired from the world championship series five years ago to work on new tires with companies like TreadHunter.com and hasn’t ridden in competition until this weekend, so he came into the Florida event as somewhat of a dark horse. However, Smage had a good idea of what Freixa was capable of. 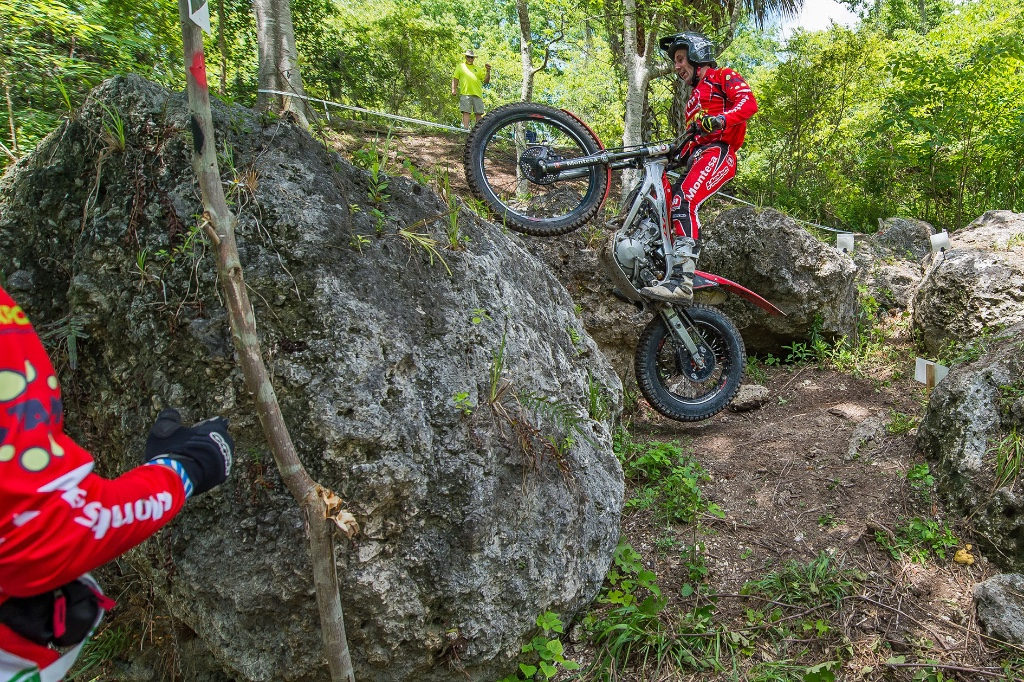 The series continues with Rounds 3 & 4 next weekend (May 28-29) here at the TTC with the with the help of our Southeastern Trials Riders Association (STRA) friends.  Details in this TTC blog post.

The 2016 AMA/NATC USA National Championship MotoTrials series kicks off next month. We’re pleased to host Rounds 3 & 4 here at the TTC on May 28-29 with the help of our Southeastern Trials Riders Association (STRA) friends. 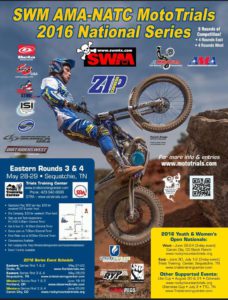 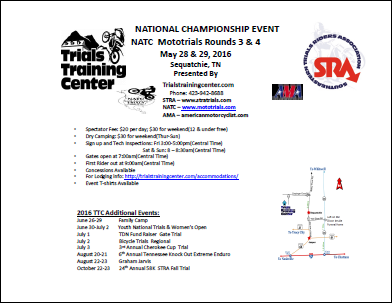 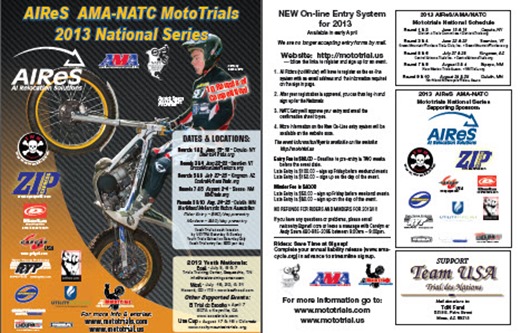 With the 2013 Wagner Cup now history, the AMA/NATC MotoTrial National Championship Series is soon to take center stage, with Rounds 1 and 2 on June 15-16 in Cayuta, NY.

The TTC is not hosting any of the rounds this year but our friends are. See the poster (PDF) and all the details at the new Mototrials.com website. 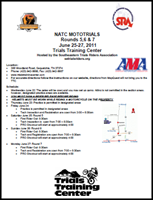 See both the Rider Supplemental Rules (PDF) and the Rider Information Handout (PDF).

Hey Folks.  Just letting everyone know that there will be a yoga class at the Nationals this year! There will be two sessions offered  Saturday, Sunday and Monday 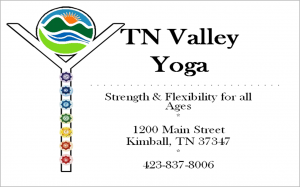 The 2011 AMA/NATC MotoTrial National Championship series got underway last weekend with Rounds 1 and 2 in Blackwell, Texas.

See the NATC’s MotoTrial Results page for standings and scores.

Here are links to reports:

Shan Moore on the Trials and Enduro News blog: